The Transformation Of Victoria Beckham Hairstyle update to 2018

Leading in the world fashion wave, Victoria Beckham is not only well-known as a wife of a world-wide footballer David Beckham but she is also known for a real fashionista. With a high sense of beauty, Victoria Beckham usually amazes everyone with her gorgeous outfits, and especially trendy hairstyles. Let’s take a look at Victoria Beckham hairstyle to see the changes every times she appears.

Back to the past

When she was teenager, Victoria Beckham had an intense passion for beautifying. Making up, using hairspray to create hairstyle was what she did before going to school.

From the time when she was still a piece of Spice Girls – the most famous girl group in the Nineties , Victoria also known as Posh began to shape her own hairstyle. At that period of time, she usually appeared in events with short hair, simple but so cool . This is considered as the first step of Victoria Beckham hairstyle’s revolution.

In 1999, Victoria and his husband David Beckham’s wedding became a breaking news at that time. The reason is not just because this was one of the most expensive weddings of all time, it also resulted from Victoria Beckham hairstyle. Not as usual, on her wedding day, Victoria appeared in front of guests with her chic dark crop. This cool haircut made her definitely different from other brides in the world. 2001 – The debut of unique hairstyles

Participating in an award in London, Victoria made her appearance with a blow-out bob. Once again in her solo concert, she took all audiences’ breath away with her streaked extensions. It’s true to say that she wasn’t afraid of changing and standing out wherever she arrived. 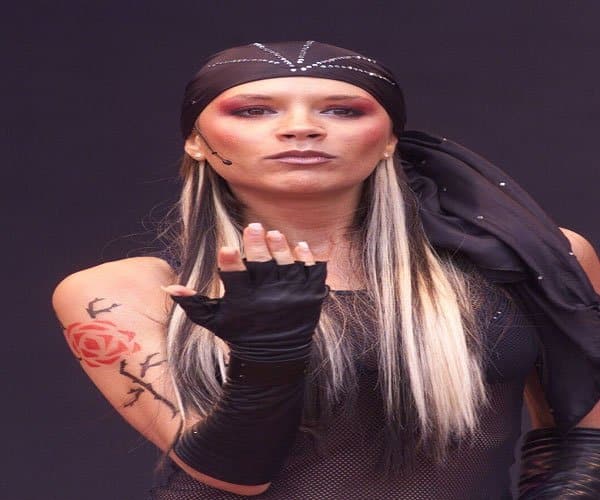 After trying a natural short hairstyle in September 2001, Vic returned to the dark, wavy extensions to attend to the MTV Movie Awards. Later, she made a come back with long, yellow highlighted hair when she was at Buckingham Palace and immediately became hot topic of the day.

Attending the biggest football festival – World Cup held in Germany in 2006 with her husband David Beckham, Victoria is the pioneer of the WAG style which is the best hairstyle at that time. Having hair highlighted with tousled extensions, she was really fashionable. Four months later, she presented a new bob also known as the “Pob” which quickly trending. 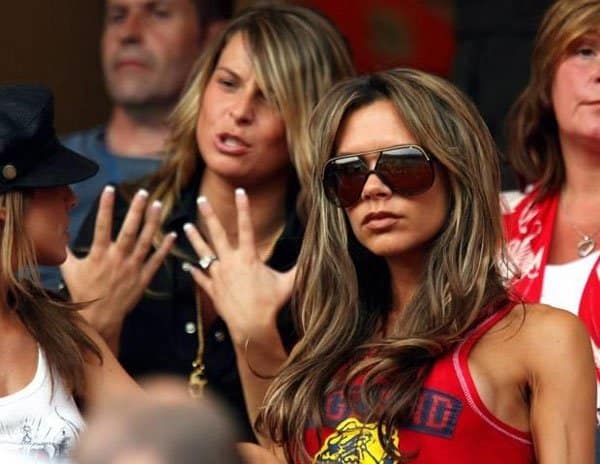 Beginning a concert tour with Spice Girls in 2008, Victoria decided to have an makeover. She sported a brunette bob and again also created a trend which was copied by hair salons all around the world. Youngsters, even other celebrities, everywhere followed this Victoria hairstyle to be good-looking as her.

2008 is also the year when Vic launched her first fashion label. Through events, it can be seen that Victoria Beckham hairstyle is more and more awesome. She usually appeared with short hair which is slicked close to her head, presenting a more powerful but not less sexy image.

Attending the Oscars, she worn a low chignon and a dress designed by her own. Matching with smoky makeup look, Victoria Beckham hairstyle made her face look more beautiful and attractive. Honestly, it is not exaggerated to call our lady “spotlight stealer”.

In another events, she expressed her charm by wearing hair in tousled waves. By this one, Vic brought us a stunning image of a woman in modern life. She already knew how to make herself stand out but still be suitable for the places she would arrive.

Through a period of four years, Mrs.Beckham experienced many different styles. Year by year, in each event, she always made people’s eyes opened with her

wonderful ability to match her clothes with her hairstyles in perfect ways. From Sixties-style voluminous ponytail or casual side plait to messy up-do and side-parted style, she proved that she is a professor in beauty industry with the great diversity of styles.

In 2015, Victoria Beckham hairstyle became more elegant and posher as her stage name. Straight hair or sleek chignon are the choices to show off in awards or fashion shows in this year. Her image at that time was pretty courteous and chic.

The former of Spice Girls showed us that her styles are always sustainable. Arriving anywhere, red carpet or street, Victoria Beckham have not forgot to make herself glamourous in front of paparazo’s lens or even fans’ cellphones.

May 2017, Vic make her appearance at a party with an elegant black up-do. Coordinating this hairstyle with smoky makeup face and a black dress, she attracted every attention from the party’s participants that night. She completely showed all her power as well as her charm. 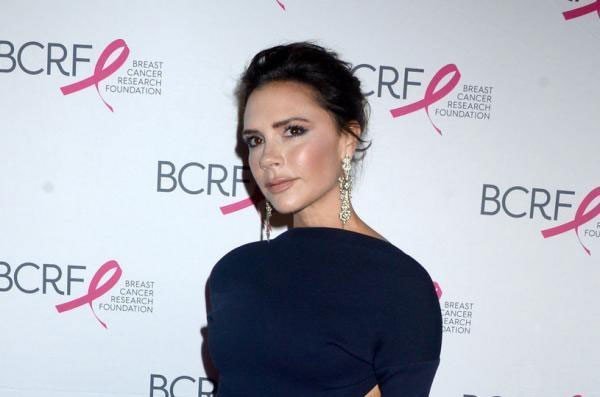 Newly, Victoria Beckham and his husband David Beckham took part in the royal wedding of the Duke and Duchess of Sussex. Instantly, a range of magazines and newspapers all over the world posted their images in this significant events. In particular, Victoria Beckham stole the spotlight again with her literally striking look. The combination of low ponytail hairstyle and a blue netted hat ton-sur-ton her outfit has had a fantastic effect on beautifying community throughout the world. Look at the image below to see how much attractive she was! 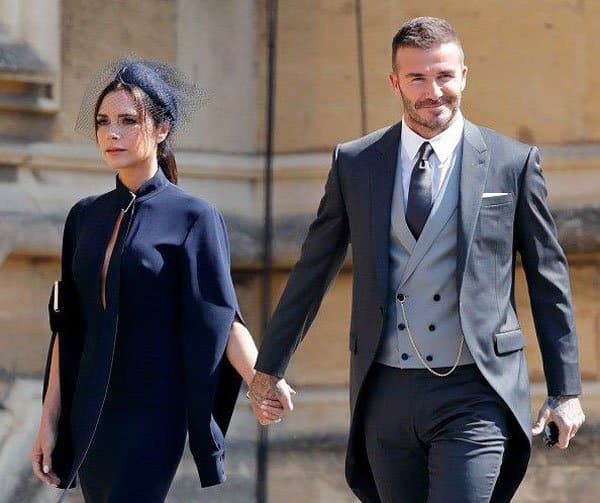 In any roles, as the wife of a world-famous footballer, the mom of four children or the owner of a fashion label, she can do all well. We can call her the most fashionable woman in the world. With a good taste in styles, she excellently does care for not only her appearance but also her family members’ styles. So, let’s follow Victoria Beckham style, particularly Victoria Beckham hairstyle to be stylish together!