Home / News / What is a vixen sew in: Everything you need to know about vixen sew in
News

A vixen sew in is a very famous and popular method which has become a trend in recent years. The most outstanding reason why the vixen sew in be so famous is because it is so great and it can allow you to put on your hair in various different ways, which you can’t do with a normal traditional sew in. To be honest, it is very clearly that the vixen sew in provides a really natural look. So before you decide to have a vixen sew in, read this article to have more understanding about what is a vixen sew in, what is needed for a vixen sew in and so on.

What is a vixen sew in?

Now, let’s answer the first question, What is a vixen sew in? A vixen sew in refers to a method of weaving installation which allows you to have and try multiple various styling choices. What makes a vixen a lot more unique than other installations is the seamless and undetectable weave used. While the traditional braiding sew hair is braided back, the vixen sew divide your hair into two to four sections, with the hair left lie out along the perimeter of your head as well as the cross your scalp, then these four parts will be braided into a beehive pattern, Which would form the base where the weave will be sewn onto. After the hair is fully finished, you will be able to make your hair a ponytail or a high bun, braided, or just simply curly hairstyle. You can make every hairstyle you want with a vixen sew in!

What is a vixen sew in weave?

So, What is a vixen sew in weave? A vixen sew in weave is a 4-way weaving method that will let you wear your sew-in in a plenty of hairstyles. This weaving technique is really possible as the hair will be parted into four parts and can be put in a ponytail.The Vixen sew-in technique is perfect for girls who are looking for the flexibility from their sew-in. It will make a sew-in really more fun and interesting.
The vixen sew in weave technique have a feature that is to leave out more of your natural hair than the traditional basic sew in, which means this vixen sew in weave will be quite less protective. To maintain and keep your hairstyle, you should always remember to apply the regular moisturizing, conditioner, and try to protect your vixen sew in. In order to avoid and lessen the constant heat usage, you should try vixen sew in with a hair texture that is as close to your natural hair texture as possible. Also, you should always remember to give a deep treatment followed by a heat protectant before using heat.

See more: How to put in hair extensions easily you must know

Is a vixen sew in good?

People are also interested in the question Is a vixen sew in good? Despite its advantages, the vixen sew in has some drawbacks for those who use this sewing. First of all, it is not a very protective sew. When it comes to a traditional sew in weave, almost all of your natural hair would be braided under the extensions. This is a great way to let your hair have a rest, grow, and receive no damage. However, the vixen sew-in does not work like that. The thing that really creates the middle and the side parts is your natural hair. With so much leave-out in the middle and all around your head, your natural will be in danger of exposure to the excessive danger of constant flat iron heat and styling.
Another problem with the question of is its traction tension. Many people who use the vixen sew-in state that the broad pattern is installed in a rather tight way. This is an essential part in order to keep the hair in different style.

What is need for a vixen sew in?

Before having a vixen sew in, you need to know what is needed for a vixen sew in: First is two to four bundles of weave depending on your choice. With the natural hair, it would be such a good choice to use a curly weave so that there you will not need to apply any heat to your hair left. A good natural hair is the best choice for a lasting and natural sew in.

Next, you will need a weaving Net in order to apply over the braided parts, protect and flatten the hair for an easier sewing. Finally, you will need about eight to ten needles and a thread in order to sew the tracks. Moreover, one thing you need to remember is, assure that your scalp is oiled, and all the left out hair is braided or twisted already before starting the sew-in. There are also other tools what is needed for a vixen sew in, depending on the types of vixen sew in you like such as rack tale comb, private label egde, hair extensions,…

The above is all about What is a vixen sew in, which will have you get more understand about vixen sew in to make the best of it. Hopefully you will have a suitable and beautiful vixen sew for yourself. 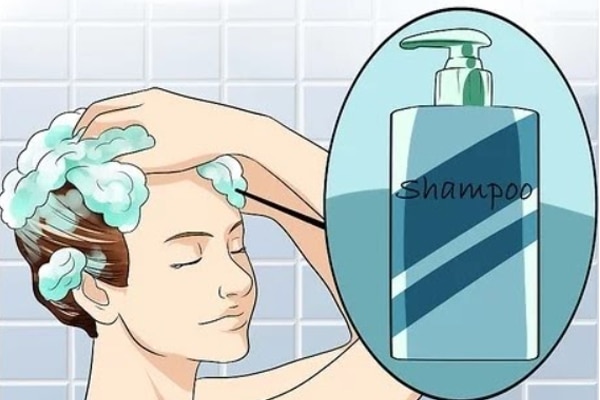